Today is Samahain (Halloween). How are you honoring the archetype of the witch within you?

She is in fact consciousness, turning shadow to light. A woman found and known to herself who is willing to die a necessary death, a living death, to make way for more aliveness both within her and the world she tends. She is the personification of nature, of creation itself.

We require her in a modern world that is stumbling dangerously in the darkness.

She lives in between the worlds, in the gap, standing at the intersection of what is known and what is yet to be revealed.

She is sepia. Moon. Owl. Night shadow. And her season is upon us.

Samhain is the mid-point between the late September Autumnal Equinox (equal day and equal night) and the Winter Solstice (the shortest day of the year) in late December when the North Pole is the furthest away from the sun. It means “summer’s end” and the start of a new year.

For humans, it can be a time of indwelling, going within, and encountering the shadowed self that lives hidden in the deepest recesses of the unconscious. This is a psychic space where your greatest demons and ghosts as well as your gifts, your yet-to-be-imagined magical self, and your unrealized restorative powers all dwell. The deeper you go and the more obscure the layers are, the more they lose their individuality and morph into the collective energies of humanity shared by all. Jung called this the collective unconscious.

Ancient cultures recognized this period of Samhain as an auspicious time, performing rituals to pray for what has passed from this world to another, like ancestors. Many cultural anthropologists muse that some of the more modern day rituals like the “Day of the Dead” from Mexico, the Catholic “All Saints Day,” and the Western celebration of Halloween are reflections of this tradition.

What does the archetype of the witch teach us?

Aurora Morales, a poet, essayist, and historian of Jewish and Puerto Rican descent, introduced the idea of nightflying in her book Medicine Stories: History, Culture, and the Politics of Integrity in which Curandera restores the dehistoricized by making a hidden history visible and gives a guide called the Curandera’s handbook on how to do so. 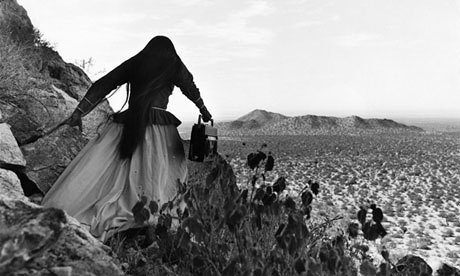 “One of the common accusations against witches is nightflying: the ability to change shape or endow a household object, a pot or broom, with magical powers and soar above the landscape of daily life, with eyes that can penetrate the darkness and see what we are not suppose to see. From these forbidden heights, one can see the lines of extinct roads and old riverbeds, the designs made by private land holdings, the relationships between water and growth, the proximity or distances between people…”

“Nightflying requires a willingness to leave the familiar ground and see what is meant to be hidden, a willingness to be transformed. If we are to know and understand the landscape of our history, we must be willing to do this; not only to look upon the horrific, the night shadowed, and bear witness to it, but to see its place in the whole, to see that the road to the square where a dozen women and girls are burning to death is the ordinary market road, winding between the houses of people whose faces we mostly know, and the wood that stokes the flames was neatly stacked behind their houses all along.”

As a woman, a creatrix, a witch, you must be willing to see what you are not supposed to see: the patterns that oppress and reveal to yourself and others a restorative truth that will put the world back together #metoo.

How will you take flight?

Lend your energy to a social change movement? Confront inequities at work? Seek help for a self destructive pattern?

You have a choice to stay small, defended, and protected, or to risk in the direction of greater vulnerability and connection. In love, at home, with your kids, and especially with those who don’t see the world the way you do.

The Curandera is made of eros, love. A superpower that propels her into the shadows to court more light into the world. When you choose patience, tolerance, compassion, and empathy, you put yourself back together when there is conflict or loss.

Your grief-matured love is left standing when what you’ve been blindly conditioned to follow has been dismembered.

It enables you to turn a cold shoulder into a warm and open heart, your war of words into an empathetic response, and your overwhelming fear into a powerful restorative presence, turning you from the person you’ve been trained to be to the person you want to be and then finally away from either of those into the person you end up becoming.

Take flight tonight into a new point of view. Make a radical act of love that moves humanity forward even if it’s one person at time – especially if it is one person at a time. Feed the archetype of the witch within you by making your magical mark on the world.

If you desire more ideas, here’s how some modern day witches are celebrating Halloween.